This may sound surprising to you, but this has happened in Istanbul, Turkey. First, the scene began with just one sheep jumping off the cliff to die. The shepherds had left around 1500 sheep to graze and they relaxed while having their breakfasts. In a few moments, they saw all the 1,500 sheep following the first one and jumping off the same cliff, as reported by the Turkish media. 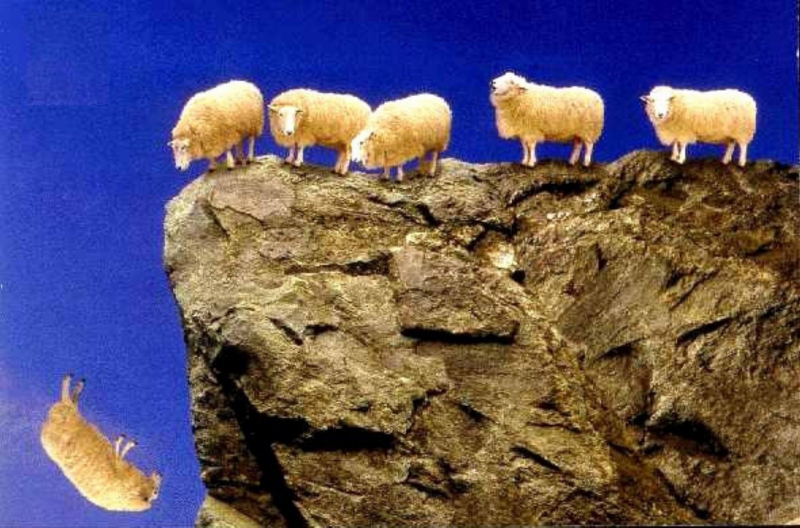 This led to the death of 450 animals, altogether. Wondering how the others survived? Aksam newspaper stated that the others, who jumped after the 450 sheep, did not die as the fall had cushioned after the death of the earlier ones. Since there were a lot of dead bodies already, the rest of the sheep survived by falling on the wool or the soft pile of the other dead sheep.

Nevzat Bayhan, one of the members of those families that lost their sheep, stated that there is absolutely nothing that they can do with them now because they are all wasted. There is nothing that can be done with the dead bodies of the sheep that piled up together.

Gevas, which is situated in Van province in the eastern Turkey, has suffered from a loss of approximately $100,000, which is quite a high amount for a country like Turkey, which has an average Gross Domestic Profit (GDP) of not more than $2,700 per head.

Aksam newspaper interviewed a few villagers and Adbullah Hazar, one of those villagers, stated that every single family had around 20 sheep and this is quite a major loss to all of them, since it is going to be hard for them to survive without their animals. All the families are shocked about their loss.